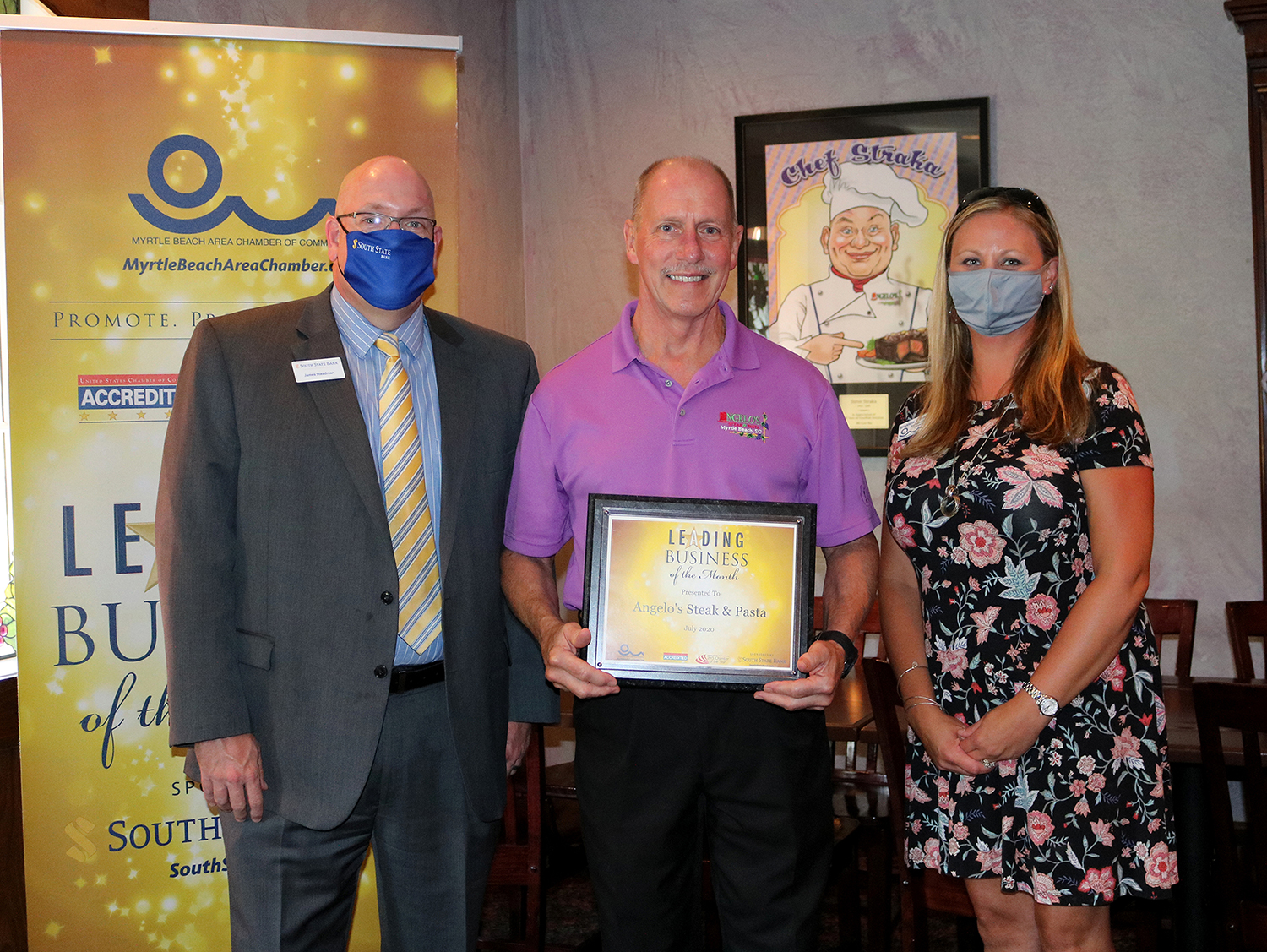 Angelo's Steak and Pasta is our July Leading Business of the Month sponsored by South State Bank.

The restaurant, owned by Angelo and Angela Antonucci has been a local favorite for 40 years.

The restaurant was originally opened by Angelo with his best friend and chef Steve Straka as Angelo's Sandwiches & Deli. The Italian-style deli wasn't an immediate success. So, they painted "restaurant" over the deli sign and offered all-you-can eat spaghetti for $2.99. It went so well the first night, they ran out of food and clean dishes and closed the doors by 8 p.m.

The success of the spaghetti night gave life to the current Italian buffet, which moved to a new and larger location in 2012. In addition to their buffet, the restaurant is known for their steaks, which they proudly call the greatest in the universe.

The Antonuccis have long given back to the community with charitable contributions, sponsorships or fundraiser dinners. Angelo is a member of Surfside Area Rotary Club, a graduate of Leadership Grand Strand and was named Restaurateur of the Year by the S.C. Restaurant and Lodging Association in 2016.