Wearing a mask is recommended at some locations throughout the Grand Strand. Find COVID-19 information and resources.

Investor News from the Month of September 2021

Murrells Inlet 2020 announced a new executive director. Stacy Blair Johnson succeeds Meredith Millen Harrison as the next executive director of the nonprofit. Johnson is a 2006 graduate of Coastal Carolina University and alumna of Socastee High School.

RE/MAX Southern Shores announced three new agents in the Carolina Forest office. Zach Sheppard, Stephanie Sullivan and Tammy Fiebernitz. Sheppard has lived on the Grand Strand for more than 15 years. He has a four year old Siberian Husky named Tank. Sullivan moved from Pennsylvania to Myrtle Beach with her husband in October 2020. Originally from West Va., Sullivan was previously a professional violinist and college professor. Fiebernitz brings five years of experience in real estate operations and will be joining her husband Mike on his real estate team. Fiebernitz grew up in Indiana, played volleyball while earning her degree at the University of Texas and lived in Chicago before moving to the beach in 2012.

Grand Strand Medical Center was presented with the 2021 Secretary of Defense Employer Support Freedom Award. The award recognizes organizations that show exemplary support for its National Guard and Reserve employees. Grand Strand Medical Center was one of 15 recipients of the award this year. There were 3,382 nominations. The hospital was nominated by Army Reserve Spc. Karina Banaduc. Read more.

Join us for the latest session in our Educated Voices On Leading and Valuing Equity (EVOLVE) Series. This is a series of education sessions covering topics on diversity, equity and inclusion. The EVOLVE series is presented by our Diversity, Equity & Inclusion Council and sponsored by TD Bank. 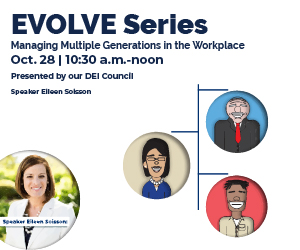