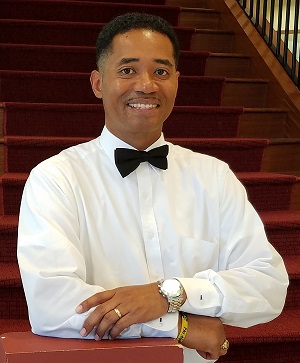 Presented by LGS, a 10-month leadership program of Myrtle Beach Area Chamber of Commerce, the prestigious annual award honors one LGS graduate who exhibits outstanding leadership and service in the community. The recipient must volunteer in service or civic roles, serve on appointed boards or commissions, and exhibit an overall demonstration of effective leadership skills.

Newman has been employed with Santee Cooper for nearly 28 years. He currently oversees the daily activities of the Garden City and Conway Area Engineering Unit. Throughout his tenure with the company, Newman has worked in several areas including metering and distribution design, project design and system improvement and franchise conversion groups. He has been instrumental in working with the command center application, serving as the distribution automation functional leader and a member of the meter data management (MDM) implementation core team.

“Ozell’s impressive accomplishments, both professionally and personally, really set him apart during the nomination process,” said Josh Holford, LGS Board of Regents chair. “Ozell has demonstrated customer service skills, leadership qualities and technical expertise within his career. And while he has had many successes in his career, his personal commitment to the community, particularly the youth, is where he really shines.”

Newman has volunteered with many nonprofits in the community including the Cub Scouts and Boy Scouts of America Troop 828, Horry County March of Dimes, Partners for Minorities in Engineering and Computer Science, UofSC Horry County Alumni Club, and the Academy for the Arts, Science & Technology. He is passionate about helping area youth, as evidenced by his involvement in the 100 Black Men of America Inc., Myrtle Beach Chapter, where he served as vice president of programs and past co-director of the Youth Leadership Academy. He has been responsible for special fundraising efforts to raise money for scholarships for young men seeking to continue their education. Newman has also helped shape the lives of young males through the Mu Epsilon Lambda Chapter of Alpha Phi Alpha Fraternity, Inc., which is a public service organization that meets the needs of the community through active and impactful engagement, such as teaching etiquette, teamwork, active community participation and life skills.

The Ann DeBock Leadership Award was commissioned and started by Class XIX in memory of Ann DeBock, the executive director of Leadership Grand Strand from its inception in 1979 until her death in 1998. For more information, visit LeadershipGrandStrand.com or call 843-916-7222.

About the Myrtle Beach Area Chamber of Commerce

Are you a Grand Strand resident? Visit Myrtle Beach, the organization responsible for promoting the local tourism industry, wants to know your thoughts. Please take 10 minutes to complete a quick survey.

We will use your feedback to help inform our planning efforts and our priorities for the upcoming months. Please note that the references to Myrtle Beach in the survey are about the entire Myrtle Beach area as a travel destination and not the city proper. Please tell us what you think! 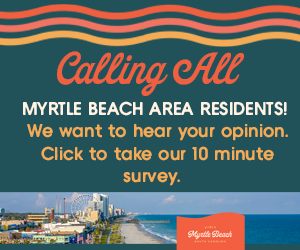